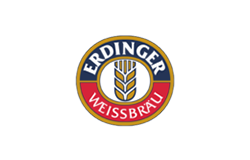 In the worldwide largest private light ale brewery, 120 years of tradition in the brewing art, are combined with the stat-of-the-art equipment in the process engineering.

As early as 1990, the Erdinger Weißbräu private brewery has made use of ProLeiT’s automation competence for the ProLeiT OS 155 process control system and the technological functions (TF). The previously installed systems have been successively replaced
The current brewmaxx system family forms the basis for this modernization.
The Simatic S5-based ProLeiT OS 155 controllers in the brewhouse and the fermenting room and storage cellar areas installed in 1990 were successively upgraded. The existing TF programs in the lower-level Simatic S5 controllers could largely be retained.
In addition, the filter cellar and the building automation engineering in the high-bay warehouse, ventilation systems and CO2 plant areas were automated using brewmaxx process control system.
In close cooperation with the company Wiessner/Bayreuth – the supplier of the ventilation and climate technology, new classes which cover the special requirements of closed-loop functions in the ventilation and climate technology have been developed and thus been integrated into the operating and monitoring interfaces of the brewmaxx process control system.