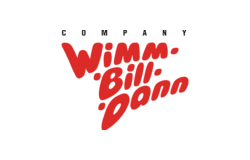 Modernization of the automation solution for the dairy combination at Timaschevsk

ProLeiT has achieved impressive successes this year in the dairy industry in Russia. Realization of the “Wim Bill Dann” projects in Moscow’s biggest dairy were followed by the further step of the changeover of the controller in the south Russian dairy combination at Timaschevsk. 20 years after installation of the ALERT 5 and ALERT 500 systems, used from receipt of milk to bottling, the plan was realized for the changeover of the existing control systems to the ProLeiT Group as a joint project of ProLeiT AG in Herzogenaurach, Germany and its Russian subsidiary OOO. ProLeiT Plant iT Version 7.0 with four subordinate SIMATIC S7-400 controllers was used.
More than 1400 automatic valves and drives were configured across different production areas. The changeover took place within two weeks by means of a largely parallel work method during running production. Intensive training in Moscow enabled process engineers and electrical engineers to become familiarized with the new system prior to commissioning. The operators were also trained in Russian prior to commissioning of the plant in Timaschevsk and on a parallel constructed system. The increase in milk delivery amounts envisaged in the project from 500,000 l to 800,000 l was taken into consideration and achieved without any problem. The next project is already in the planning stage.

Wimm-Bill-Dann - Smooth migration in the East